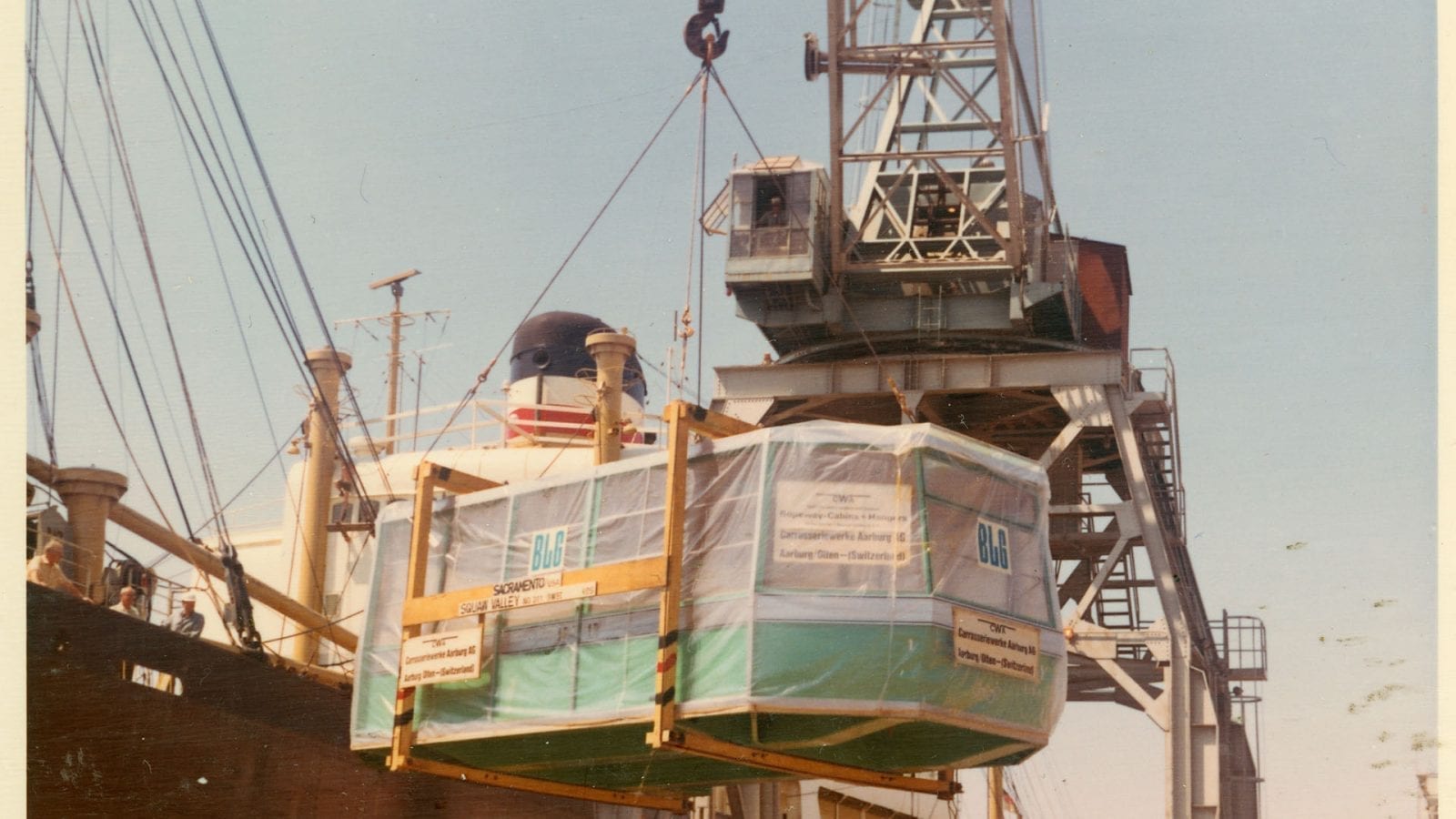 The Aerial Tram is celebrating its 50th anniversary this season! Please join us for drinks and a special presentation from Hans Burkhart, one of the builders of the Aerial Tram in 1968.

When it opened on December 18, 1968 the Squaw Valley Aerial Tram was the largest aerial tram in the world and, to this day, it marks a feat of modern engineering. Called the “The Monster” by the crew that installed it, the tram rises 2,000 vertical feet and is comprised of miles of cable, two 140 and 40-foot tall towers built into rugged terrain, and complex electrical and mechanical systems. Five thousand yards of cement and 500 tons of steel were used to build the lower terminal alone. Fabricated by Garaventa in Austria, the tram components were transported by barge down the Rhine river in Europe and loaded onto three ships bound for San Francisco, where they were trucked over Donner Summit to Squaw Valley. The mountain manager at the time, Hans Burkhart, oversaw every aspect of the tram’s construction and worked tirelessly with his crew to complete the project in time to open for the Christmas holiday. Today, the Aerial Tram has been modernized with state-of-the-art cabins and electrical systems, with routine service and upgrades performed by a group of operators who received specialized training, including overseas with the manufacturer.