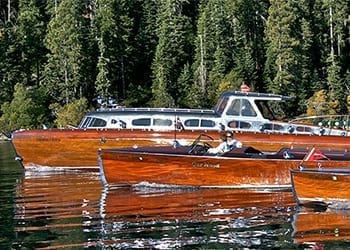 This year’s 44th annual Concours will again be staged at the historic Obexer’s Boat Company in Homewood, Calif., on Lake Tahoe’s beautiful West Shore. Concours Judges from throughout the United States will have already begun their work using the Foundation’s own nationally-acclaimed point system which will reward those who have restored their boats to the highest level of authenticity and standard as they appeared when they were shipped from the factory.