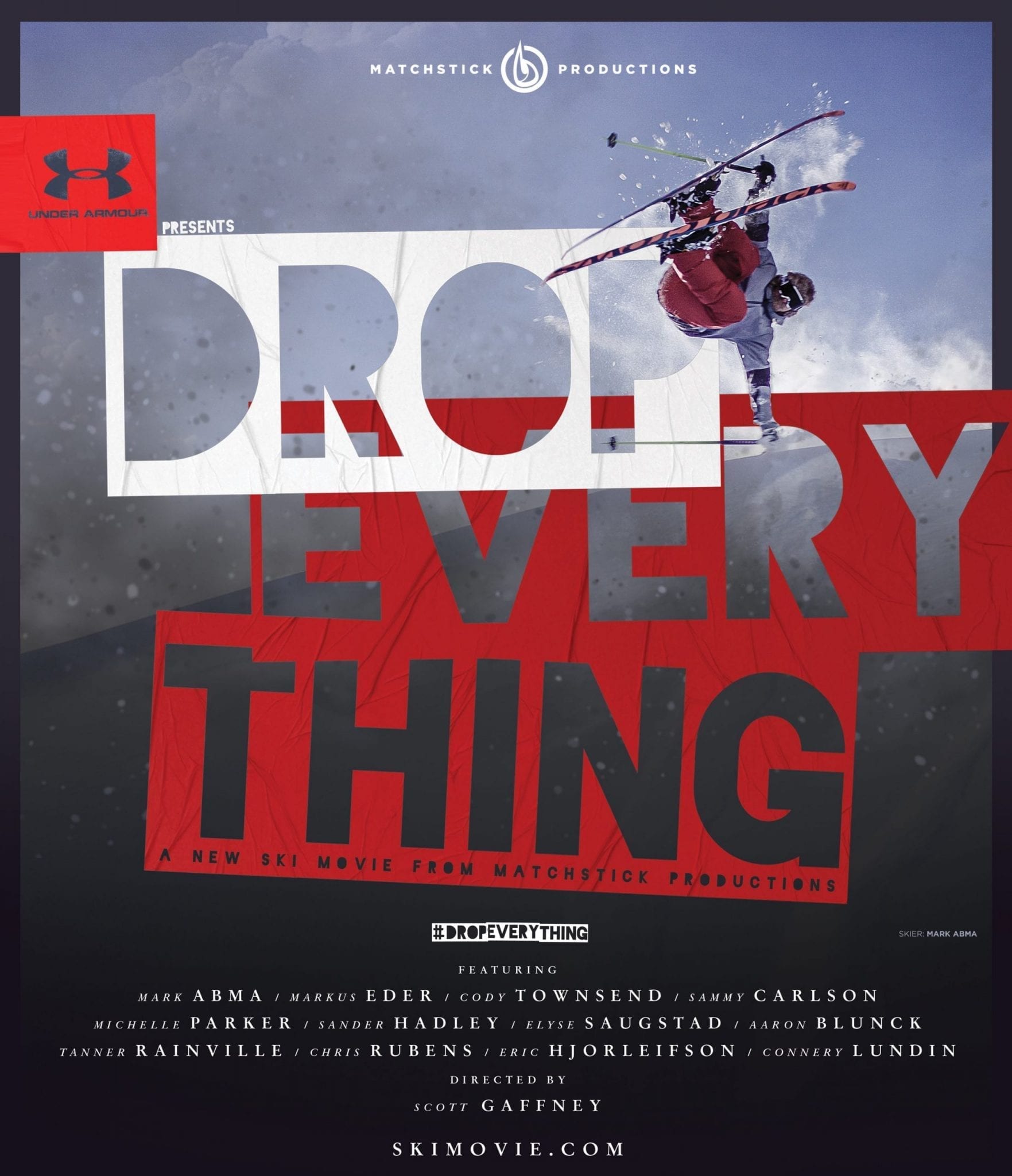 Matchstick can’t wait to see you for another action packed night of fun and excitement. Be there for your chance to win awesome prizes from our partners and be entered into the film tour grand prize of a 2-day heliski trip for 2 in Revelstoke B.C. with Selkirk Tangiers Heliskiing. Special thanks to our partners at Under Armour, Avery Brewing Company and Freeskier Magazine.
Matchstick Productions is proud to introduce the funniest, most action-packed ski movie of 2017: DROP EVERYTHING, presented by Under Armour. Following an artful, narrative-driven 2016 film release, the team at Matchstick took a decidedly more lighthearted approach that returns the focus to the featured athletes and world-class action. DROP EVERYTHING features the world’s preeminent freeskiers along with quick-hitting comedy, stunning locations, a potent soundtrack, and stellar cinematography.
DROP EVERYTHING is an unexpected, fun-filled adventure through the world of freeskiing – join Matchstick Productions for the ride along with Mark Abma, Markus Eder, Eric Hjorleifson, Michelle Parker, Sammy Carlson, Cody Townsend, Elyse Saugstad, Tanner Rainville, Chris Rubens, Aaron Blunck, Sander Hadley, Connery Lundin, and more!