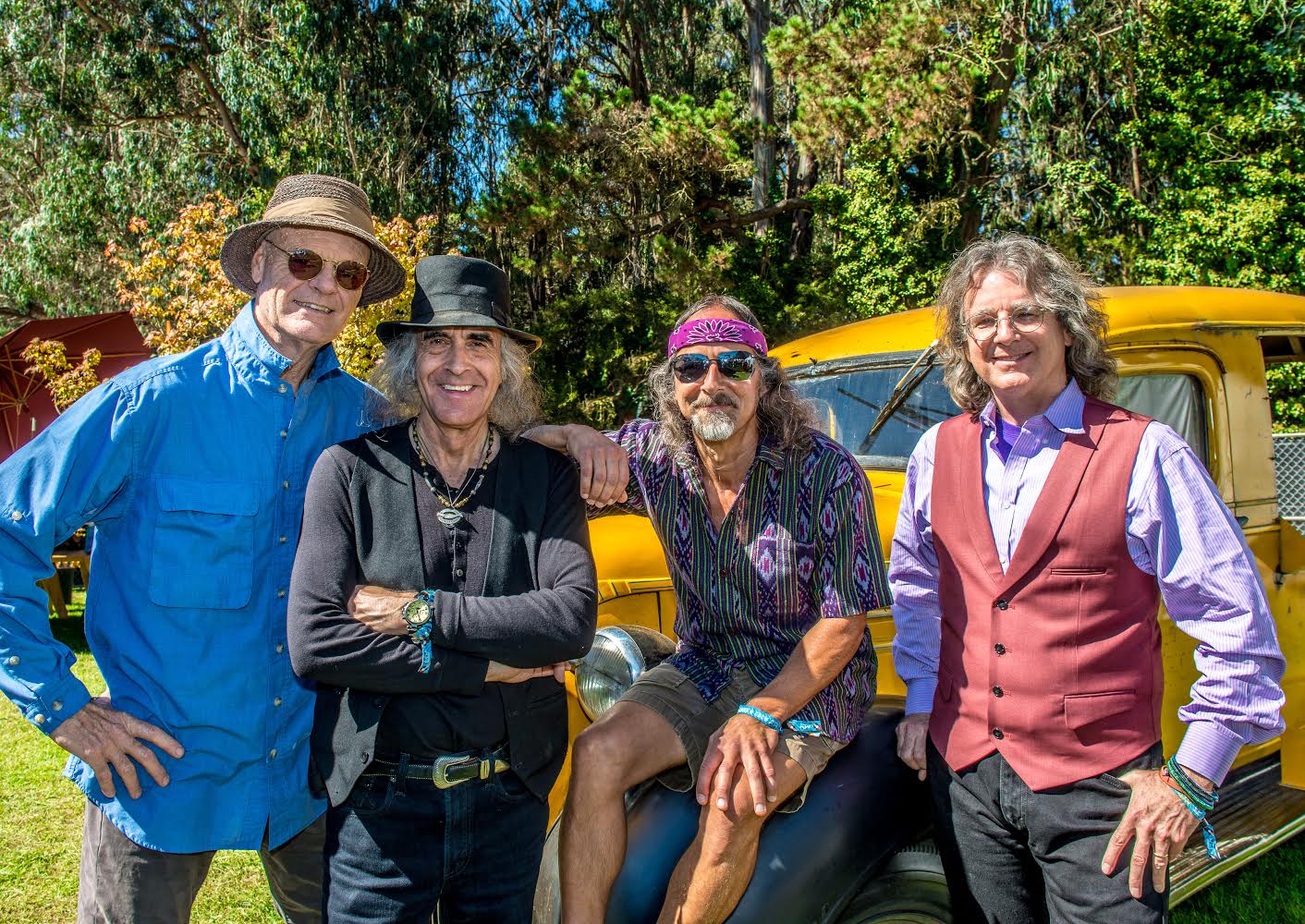 MOONALICE:
• Psychedelic, roots-rock band of seasoned musicians mixing a variety of genres with extended musical improvisations.
• Band Members: Roger McNamee, Pete Sears, Barry Sless, John Molo and with special guest Jason Crosby
• Every show has an original art poster, created by a well-known artist, and with its own unique Moonalice “legend.” The poster is given free to all attendees. www.moonaliceposter.com
• All Moonalice concerts are broadcast live in HD and available in an online archive shortly after their set. www.moonalice.com

Moonalice was the brainchild of the great producer, T Bone Burnett in 2007 because he wanted to create a band with a San Francisco 60’s sound. Moonalice plays mostly original material mixed with some covers, and during their extended freeform jams the band moves as one, drawing from many musical genres honed from years of experience playing with various major acts.

Moonalice’s hit single “It’s 4:20 Somewhere” has been downloaded over 4.6 million times. You can download it at http://www.moonalice.com/song/its-420-somewhere

‘Moonalice 420 Gathering of the Tribe 2014’ short film by Jay Blakesberg and Alex Fischer featuring Moonalice posters, select artists and their inspiration. The seven minute video can be viewed at https://www.youtube.com/watch?v=iwYvJhlJn0k

Videos are available on moonalice.com and every show poster (each with a unique legend) can be viewed at moonaliceposters.com.