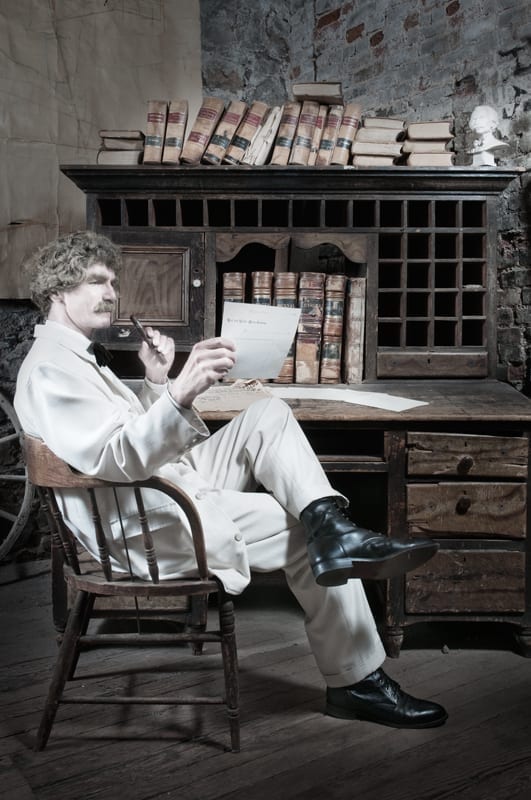 Complimentary refreshments will be served. A $5 donation is suggested for this free program. Parking is free after 5pm.
McAvoy Layne is The Ghost of Mark Twain. For thirty years now, in over four thousand performances from Piper’s Opera House in Virginia City to Leningrad University in Russia, McAvoy has been preeminent in preserving the wit & wisdom of The Wild Humorist of the Pacific Slope, Mark Twain. McAvoy is a winner of the Nevada Award for Excellence in School and Library Service, and author of the book just released…
McAvoy plays the ghost of Samuel Clemens in the Biography Channel’s episode of Mark Twain, and in the Discovery Channel’s Cronkite Award winning documentary, ‘Adventures of Huckleberry Finn.’
Says McAvoy, “It’s like being a Monday through Friday preacher, whose sermon, though not reverently pious, is fervently American.”