Home » 3 things to do this Halloweekend in North Lake Tahoe

3 things to do this Halloweekend in North Lake Tahoe

Aaaa, Halloween. Pillow sacks of candy, unnerving ghost stories and pumpkin spice everything. If you want to take your trick-or-treat to the next level (we’re talking, 6,200 feet), then bring your facepaint and light sabers to North Lake Tahoe.

This year, we’ve got a few things to spook the kids, Tahoe style. From haunted chairlifts to ghost conjurings—think “Game of Thrones White Walker snow fight” meets “Tour of Terror 1930s hotel.” With paranormal tourism on the rise, goblins and ghouls from all over the world will head to North Lake Tahoe for some good, scary fun.

Fall is one of the best seasons to visit North Lake Tahoe, thanks in large part to smaller crowd sizes and awe-inspiring scenery, making now the perfect time to experience fanciful frights in the region. Don’t be afraid, follow along with us for what’s scary in North Lake Tahoe this Halloween. 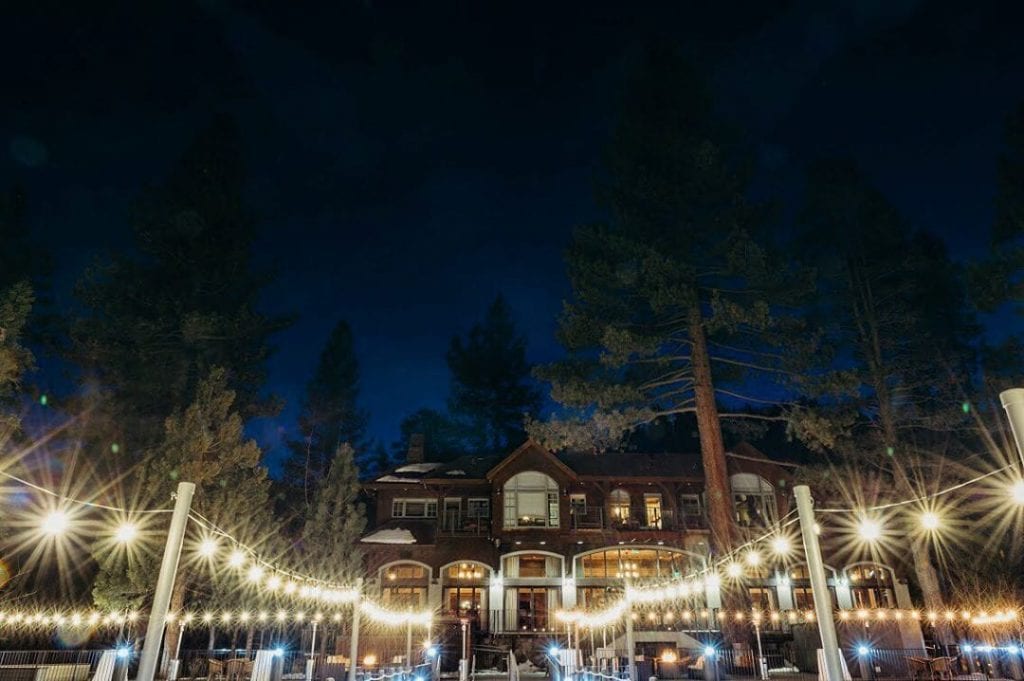 Halloween comes to the West Shore with a weekend of spooky events at West Shore Cafe and Homewood Mountain Resort.

Kick off your Halloweekend with The Haunting of West Shore Cafe, Oct. 24 at 6pm. Halloween has never been so delicious as guests are served a spooky supper prepared by the Executive Chef Robb Wyss. Dinner is accompanied by killer cocktails and cauldrons of devilishly delectable treats. This event serves as an exclusive sneak peak and kickoff to the first annual Halloweekend at Homewood event.

When the sun goes down, all sorts of goblins and ghouls come out to play during the Halloweekend at Homewood Mountain Resort, Oct. 25-27. This fright fest begins with a trick-or-treat village at the South Base, featuring face painting, pumpkin decorating, local vendors, and nightly showings of Hocus Pocus! For a truly terrifying experience, try not to scream as the Quail Chair takes you on a Haunted Chairlift Ride, whisking you from one haunted scene after another. The only way out? Riding the chairlift back down to the bottom.

Scare Disclosure: If you have little ones who are easily frightened, we recommend planning to ride the chairlift before dusk (3:00 – 6:00 pm), as it’ll be a “high scare factor” once the sun sets. At the base area, the festival itself is suited for all ages.

Over on the East Shore, the Hyatt Regency Lake Tahoe will be holding its second annual Howl-O-Ween Dog Parade on Halloween night, from 3-5pm. Dress your pup in their finest costume and join in on the parade, as well as enjoy refreshments, a costume contest, and a raffle! 100 percent of the proceeds will benefit the Pet Network Humane Society.

Stay in a haunted hotel … if you dare.

The historic Tahoe Biltmore is the site of one of the most notorious ghost stories on the north shore. Photo credit: Tahoe Biltmore

One of North Lake Tahoe’s most historic spots, the Tahoe Biltmore has attracted the attention of paranormal enthusiasts for its whisperings of otherworldly experiences. In fact, the Biltmore held the first annual Haunted Tahoe Biltmore Hotel ParaRetreat last year because of the high demand from thrill-seeking travelers!

Several guests and visitors to the Tahoe Biltmore have experienced random doors opening and closing, nearby whispers, and unexplained knocking sounds. If that wasn’t enough to raise the hairs on your neck, the Biltmore’s resident ghost, Mary, has been spotted regularly as a mysterious figure haunting the stairwells and hallways of the hotel. Employees have spoken about Mary as a 1960s Aspen Cabaret showgirl who still haunts the halls of the Biltmore, appearing in several places wearing a ‘60s-style mini-skirt and no facial features. These legends of hotel guests from beyond the grave make the Biltmore a must visit this Halloween.

Across the street from the Tahoe Biltmore is the site where the historic Cal Neva Lodge & Casino had its glory days. The Cal Neva, constructed in 1926, is not just North Lake Tahoe history, but Hollywood history. Legendary crooner Frank Sinatra owned the resort from 1960 to 1963, and blonde bombshell Marilyn Monroe was a frequent guest of the lodge, allegedly staying there the weekend before her untimely death in 1962. Paranormal investigators say that these stars still roam the premises to this day, with some even hearing their iconic voices from beyond the grave. While the Cal Neva is currently under construction for a remodel, the enormous presence of Frank and Marilyn can still be felt. 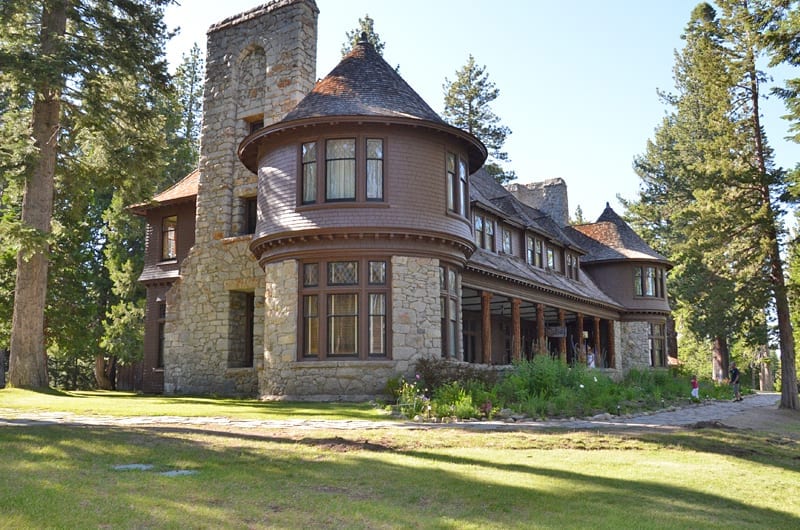 A smart house of the future from around the turn of the century, the Hellman-Ehrman Mansion has been the site of a few ghost sightings. Photo credit: The Abbi Agency

Over on the west shore, the Hellman-Ehrman Mansion at Sugar Pine State Park is one of the oldest historical landmarks in North Lake Tahoe, dating back to 1903 as a summer home for Sydney and Florence Hellman-Ehrman. After Sydney’s passing, the state of California acquired the 1,975-acre estate.

Preservation staff have reported mysterious indentations in the bed that Sydney Ehrman once slept in, an odd occurrence in the otherwise prestinely preserved Hellman-Ehrman Mansion. Other reports of paranormal activity have included mysterious creakings and the sound of a rocking chair on the third floor, observed when preservation staff have been left alone in the large mansion. Perhaps some of these unsettling instances can be attributed to the mind running wild when left to one’s own imagination, or perhaps these are signs that friendly ghosts wish to continue to enjoy their beautiful summer home in the afterlife. There’s only one way to find out; while guided tours of the Hellman-Ehrman Mansion only run from May to September, the grounds are open all year long for recreational ghost hunting. 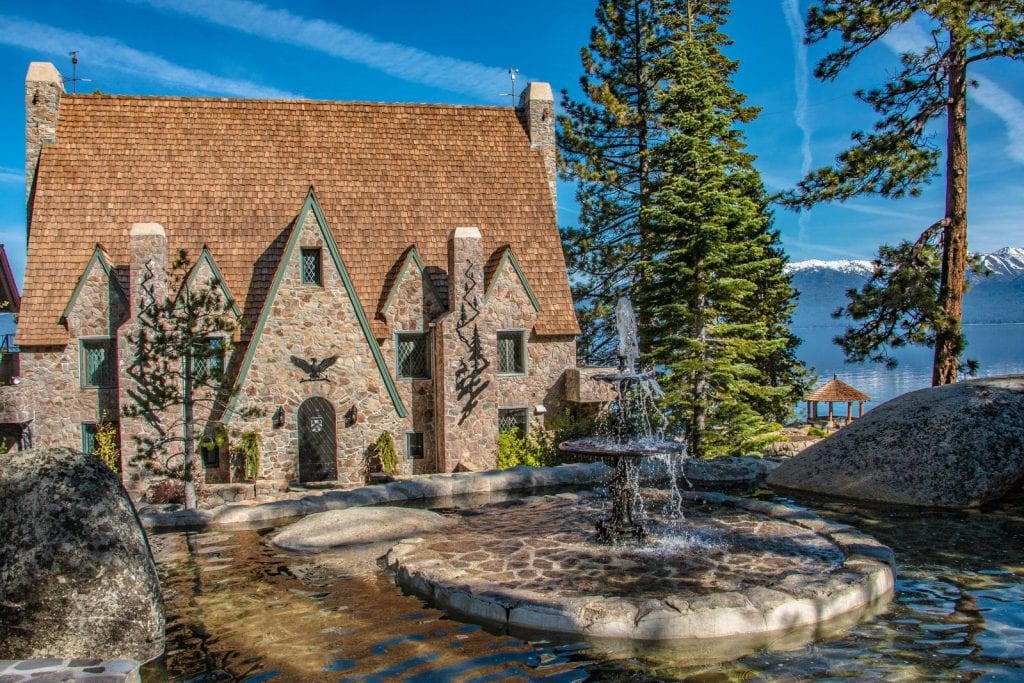 On the other side of the lake stands the historic Thunderbird Lodge, the estate of San Francisco energy heir George Whittell, and the home of the world-renowned Thunderbird yacht. Thunderbird Lodge is a stunning vision of the architecture of the 1930s with some major Great Gatsby vibes, and a tour of the grounds is a must for those traveling to North Lake Tahoe looking for a deeper look into the region’s history. But visitors beware, as several spectres have been seen and felt on the premises.

Many of these haunts are the result of tragic deaths that have taken place at the Thunderbird Lodge over the years. Some guests have insisted that they have seen the ghost of Jimmy Lee, a chef in 1954 who was apparently mauled by a black bear while disposing of scraps. Others have seen the spirit of Whittell’s beloved mistress Mae Mollhagen, who was tragically killed decades prior in a car crash in Crystal Bay driving one of Whittell’s vehicles. Up on the mountside close to Thunderbird, some remnants of Mollhagen’s car can still be found to this day near unmarked gravesites. There’s also the worker who fatally fell in the old boathouse during construction of a swimming pool in 1940, and while no one has been able to verify his name, some psychics and ghost hunters have felt his presence in the old boathouse. If you would like to investigate the historic estate for yourself, guided tours run until Oct. 19, but the lodge is open for private corporate events and parties all year long.

Feeling brave? Book your stay at our lodging page for a scary good time.