Tahoe City Golf Course was established in 1917 and was designed by May "Queenie" Dunn Hupfel, where she served as pro and manager. As a favorite pastime of the wealthy golf came into its own in the early years of the 20th Century, as did the Tahoe Tavern. A railroad spur line brought guests of the Tahoe Tavern to Tahoe City, thus a portion of the Tavern’s extensive holdings was set aside for a golf course. First built as a 6-holer with sand greens, the Tavern links became nine holes and 2,700 yards in 1926, a status which later development of surrounding property obliged it to maintain permanently.

Through several sales of the Tahoe Tavern, its outlying and separately deeded parcels were divvied up among the partners. Thus the Golf Course became the property of Gordon and Pat Hyde. The large partnership in which they were involved sold to Carl Bechdolt, Jr. and wife Elsie in 1948. It has since remained in the Bechdolt family. 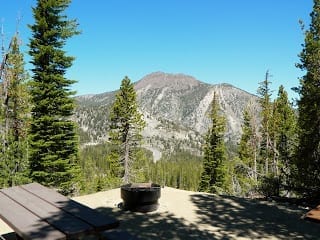