Prior to overseeing operations at Thunderbird Lake Tahoe, Bill Watson spent close to 30 years in the gaming industry. At the age of twelve, he started programming computers. When his family moved from Puerto Rico to Las Vegas in his early teens, Bill’s expertise in technology led to a paid position within the casino business. Through his gaming tenure in both Vegas and Reno, Bill invented computer technology casinos use to promote their business and operate their games.

In 2006, Mr. Watson assumed a lead role at the Thunderbird Lodge Preservation Society. He was hired to pack up the property and revert the buildings for demolition, a project that was supposed to take 90 days. But instead, Watson focused on saving it. He succeeded in raising close to $10 million and today, Thunderbird is Lake Tahoe’s de facto art and history museum, referred to often as the “Castle in the Sky.”

It is because of Watson that visitors can explore secret tunnels, and private gardens, and learn how technology and exotic animals played a key role in the Thunderbird’s 80-year history. The property reflects the eccentricities and environmental preservation wishes of Mr. George Whittell, perhaps the most colorful personality Tahoe has ever seen. This summer, the Thunderbird Yacht takes to Lake Tahoe for the first time in four years and at the helm is Bill Watson, whose historical knowledge of the region is robust and told with explicit detail and conviction.

Mr. Watson is also General Manager of Red’s Ranch, a historic cattle and guest ranch at the base of the Ruby Mountains in eastern Nevada.

In Local Luminaries, Mr. Watson gives his expert account of the life of Mr. George Whitell, Jr., the fascinating and eclectic history of Thunderbird Lodge and the Thunderbird Yacht, as well as a glimpse into rare footage filmed over 60 years ago along the same crystal blue shoreline we love today.

See more of the Lake Tahoe’s “Castle-in-the-Sky” and behind-the-scenes shots of the filming of Mr. Watson’s Local Luminaries video: 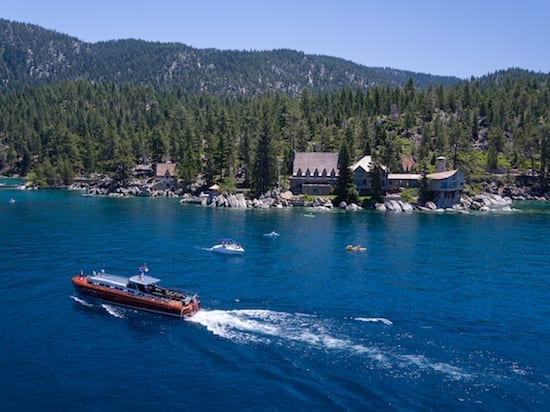 After a four-year hiatus, the Thunderbird Yacht takes to Lake Tahoe again in summer 2017. 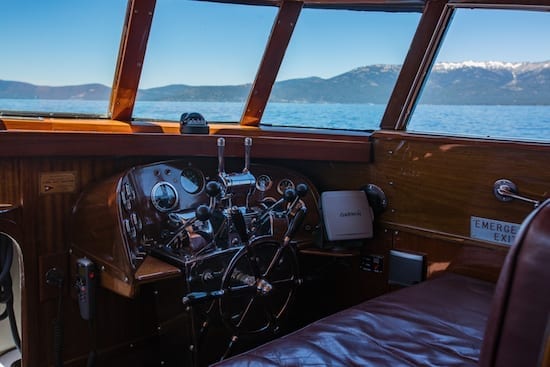 The Thunderbird Yacht was originally outfitted with twin V-12, 550 hp Kermath engines. This made the vessel capable of 60 knots. 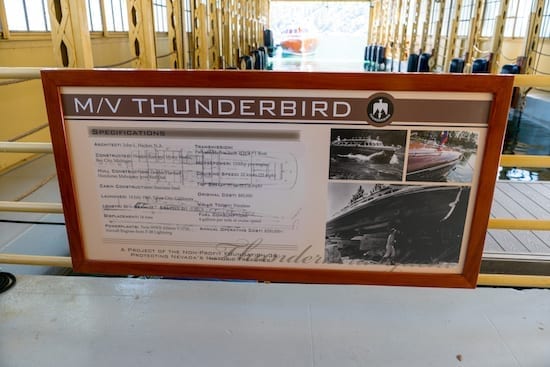 Enamored of the lines of his DC-2 aircraft, Whittell requested that the hull and cockpit of his new speedboat resemble the fuselage of his personal airplane. Fashioned of double-planked mahogany and brushed stainless steel, Whittell was able to get about Lake Tahoe with unmatched speed and style. 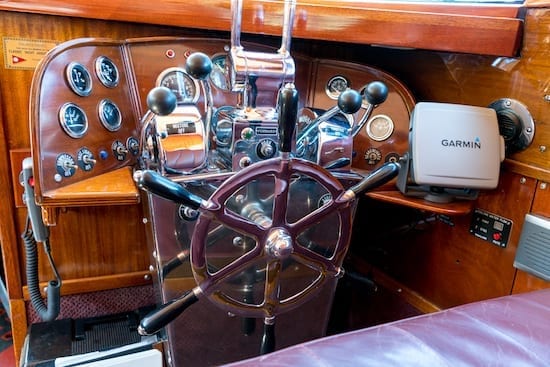 Fascinated by modern technology, Mr. Whittell Jr. was fortunate enough to afford the best of his day. This included a movie projector, California’s first air conditioning unit (which he built), and luxurious modes of transportation. The Thunderbird Yacht is the epitome of this extravagance and we are fortunate enough to enjoy its impact today. 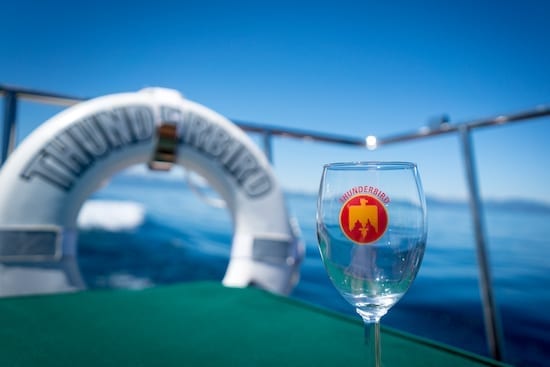 The Thunderbird Lodge is host to a full summer of exquisite Winemaker’s Dinners and weekly wine tasting events. 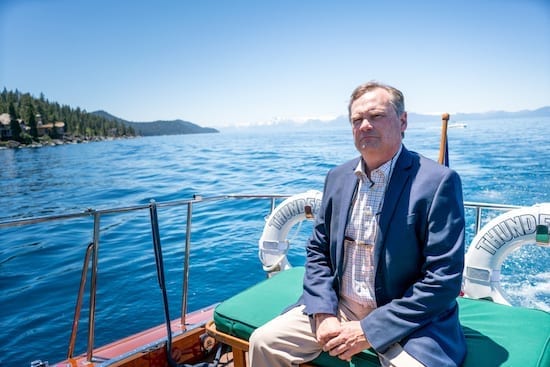 Bill Watson played an integral part in the preservation of Thunderbird Lodge and the regional importance it plays today.

Up Next: Q&A: A Guide to Bill’s North Shore Cruising Grounds